Rapper Wiz Khalifa was only a kid when he started writing and recording songs. In 2011, he scored his first big hit with “Black and Yellow.” Khalifa also co-starred with Snoop Dogg in the comedy Mac and Devin Go to High School around this time. He went on make such popular rap albums as O.N.I.F.C. (2012) and Blacc Hollywood (2014). In 2015 Khalifa enjoyed huge success with “See You Again,” which he performed with Charlie Puth.

So come and join us this Friday, December 14th to see Wiz Khalifa at Exchange LA for the official Rolling Loud After Party. Tickets are now on sale and can be bought directly down below.

FOR VIP BOTTLE SERVICE, EMAIL US AT [email protected] 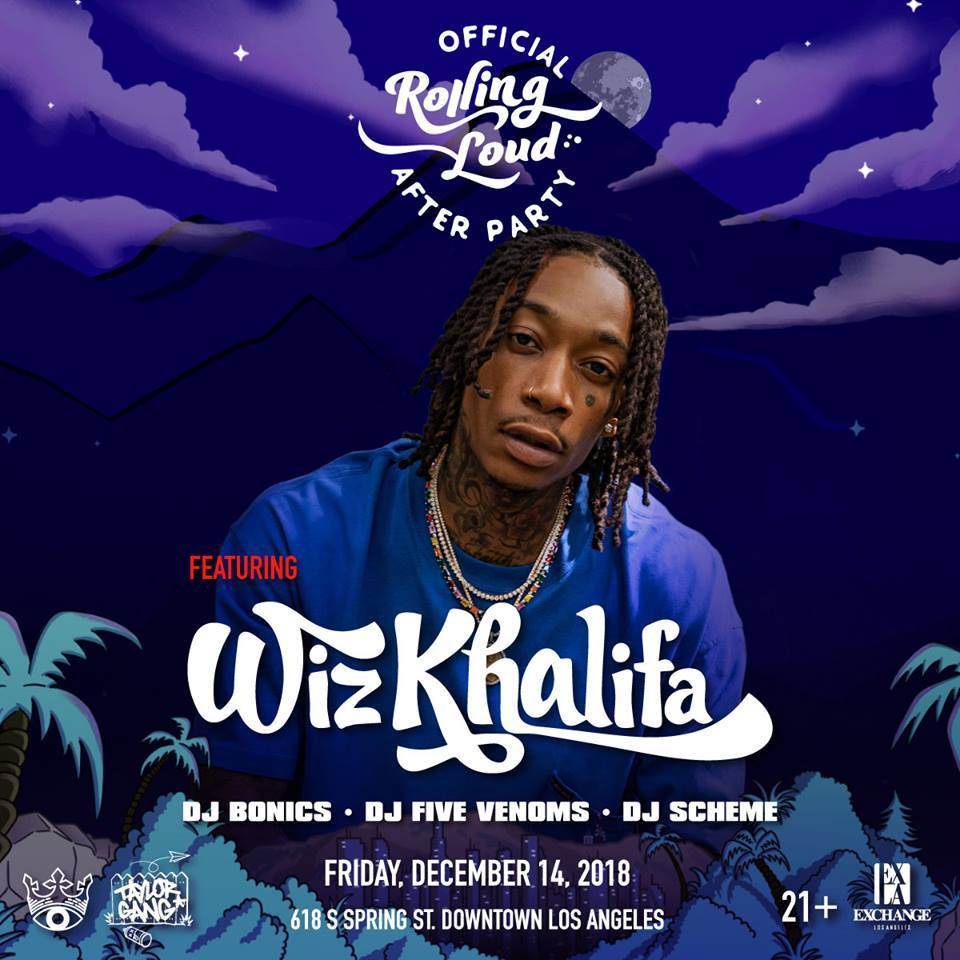