Yellow Claw are bringing their huge ‘Los Amsterdam’ USA tour to The Observatory Orange County in Santa Ana, California on Thursday, September 21st, 2017 as the first official stop of the tour. Tickets to Yellow Claw at The Observatory OC are now on sale, and keep in mind this one will sell out in advance.

Over the years, Yellow Claw has performed at the main stages of EDC Las Vegas, Ultra Music Festival, Jack Ü’s New Year’s Eve party, Spring Awakening and Coachella in the United States, Tomorrowland in Belgium, Mysteryland, Kingsday Festival, The Flying Dutch and Sensation in the Netherlands and Future Music Festival in Australia, has held a residency at the Wynn Las Vegas and played numerous headline shows in North and South America, Eastern and Western Europe and all along East Asia. Now you may see them across North America as they bring their Los Amsterdam tour across the US this Fall 2017. 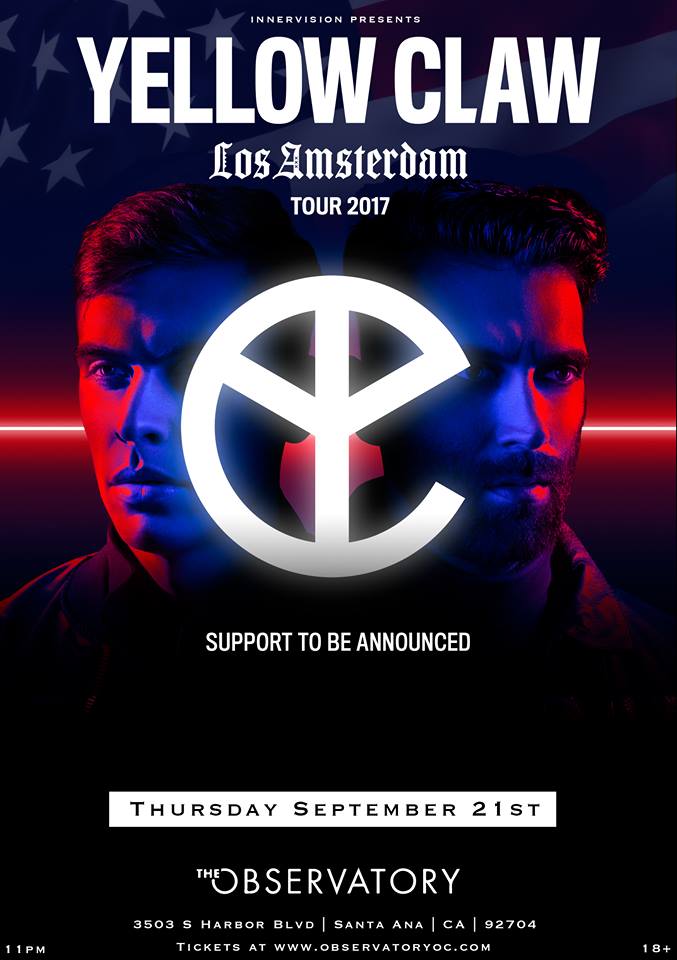