Grammy Award-winning DJ/producer Tiësto announced his second installment in a series of pop-up shops, to take place during Electronic Daisy Carnival in Las Vegas. Drawing on the success of his first-ever pop-up shop in Miami earlier this year, the DJ has teamed up with new designers and partners to bring fans and festivalgoers a fully customized shopping experience, featuring a full line of brand new, exclusive apparel and an interactive DJ experience, in partnership with Denon DJ. 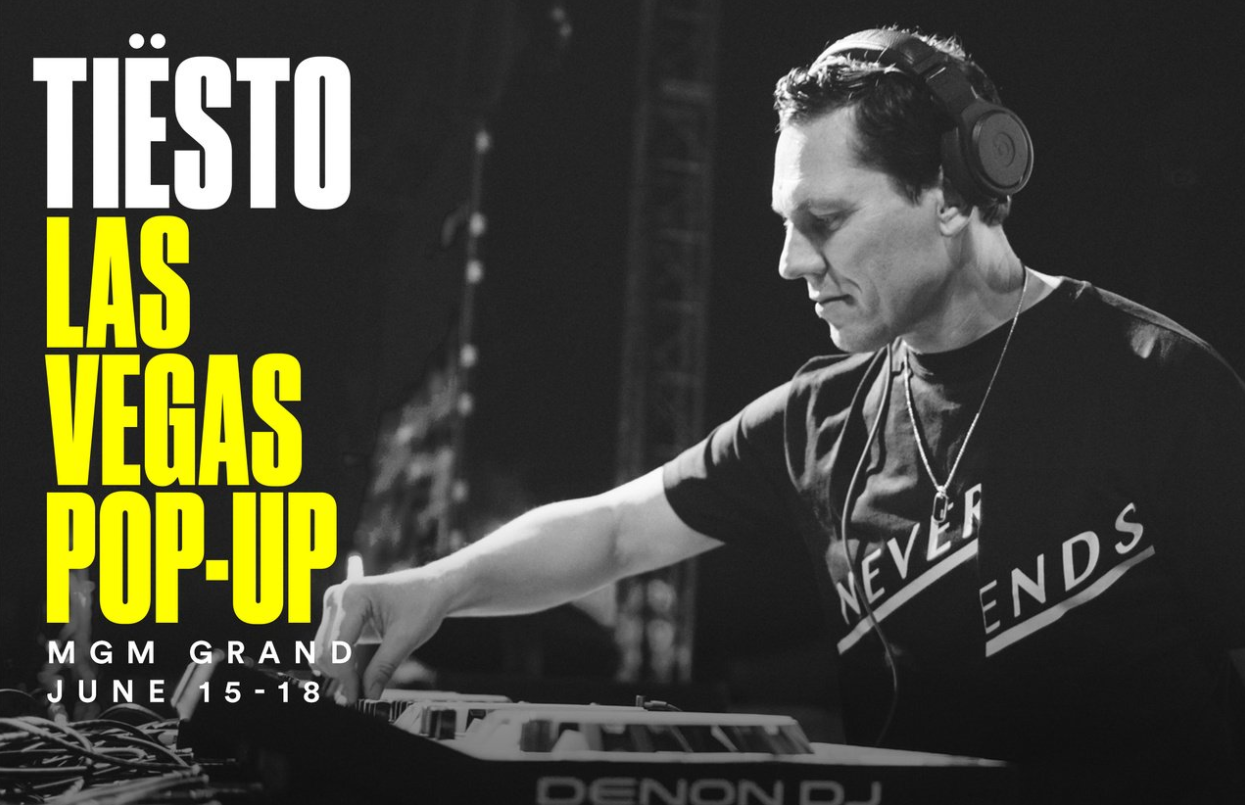 As a keyholder to the City of Las Vegas and an honorary resident of The Strip, thanks in part to his residency at Hakkasan Nightclub and his ongoing partnership with MGM, tapping Las Vegas as the next location to house a Tiësto pop-up shop was a natural choice for the dance music legend. The city served as the backdrop for Tiësto’s first ever Club Life compilation, effectively tying the ethos of Tiësto’s music to a physical location: A Town Called Paradise. Las Vegas has become synonymous with dance music and the culture that surrounds it, attracting fans of the genre from around the world with its energy and proclivity for fun above all else. The installation itself will be located mere steps away from Hakkasan, affording patrons the opportunity to sample the very same Denon DJ equipment on the icon’s rider while perusing fresh merchandise and music.

Tiësto Las Vegas jumpstarts an exciting week for the DJ, which will culminate with the release of Tiësto and KSHMR’s highly-anticipated summer anthem ft. Talay Riley, “Harder,” out via Musical Freedom on June 16 and the DJ’s headlining set at EDC Las Vegas on June 17.