On October 12-13, The Factory 93 Secret Project will return to the emerging creative community of Los Angeles’ Chinatown with its renowned, cutting-edge music and art experience, once again presenting a flagship home for the city’s dance music underground.

In 2018, Secret Project paired Los Angeles’ tastemaking electronic music scene with some of the world’s best DJs and selectors, uniting a global community and creating a forum to showcase avant-garde and esoteric strains of electronic music in the heart of LA

Those who attended enjoyed something unique in Los Angeles: a city-center music experience that has long been typically associated with urban centers like Berlin, Amsterdam, Detroit or Barcelona.

Secret Project is on track to create a long-standing history of showcasing forward thinking music and culture with daytime disco, late night techno, and everything in between.

Which Techno/House DJs do YOU want to see headline? Comment below to win TWO tickets 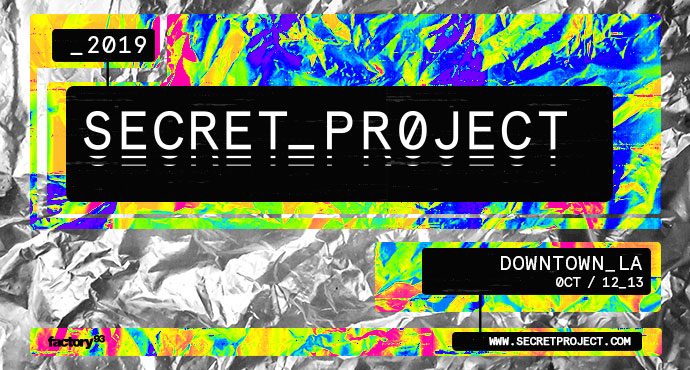