It should be known at all times that Escape SoCal 2016 will carry on the #NotAConcert mantra that Insomniac has blown up on social media, but judging by the lineup announcement made today, there is a clear emphasis on music as a part of that experience. Today saw the announcement of Eric Prydz, Duke Dumont, Armin van Buuren, and Kaskade as the big names on the bill, along with Phace B2B Mefjus B2b Kasra, Zomboy, Spag Heddy leading the charge of the Bassrush stage and for the first time ever Factory 93 will be in charge of the techno as they’re bringing Rødhåd, Chris Liebing, Four Tet and Joris Voorn as well as Richie Hawtin. Check below for the entire Escape SoCal 2016 lineup. Tickets to Escape Halloween 2016 are now on sale.

Who are YOU excited to see? Comment below for your chance to win a pair of 2-day passes. 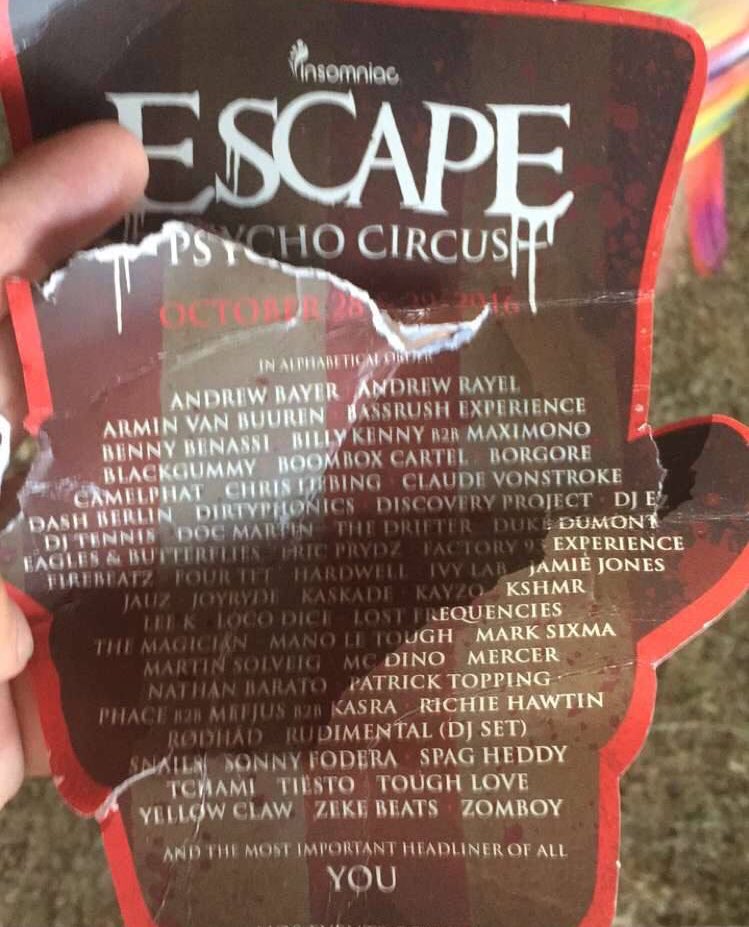