Today, RÜFÜS DU SOL have announced their largest headlining performance yet at the iconic Los Angeles State Historic Park on Saturday, October 5 in Downtown LA. The event will take place amidst their massive world tour, continuing the band’s momentous celebration of their ‘SOLACE’ album, out now on Rose Avenue / Reprise Records. Starting today, fans can sign up here to receive an exclusive presale code. The presale begins Wednesday, May 1 at 10 AM PT, with the general public on sale beginning Friday, May 3 at 10 AM PT.

Los Angeles has become a new home for RÜFÜS DU SOL, offering a unique landscape in which the dark sonics of ‘SOLACE’ were crafted. From the creative portal of their Venice studio-home, to the shadowy underbelly of the city’s underground music scene, LA has carried the band through peaks and valleys, leaving them with a dedicated family of collaborators and supporters at their side.

After selling out three consecutive shows at LA’s Shrine Expo Hall and treating Coachella attendees to some of this year’s most talked about performances, the band now look to their roots to produce their most ambitious headlining show yet. Longtime friends of RÜFÜS and tourmates both stateside and in Australia, Bob Moses will join as support for the show, as well as the newest signees to their Rose Avenue Records imprint, Lastlings.

Presale begins Wednesday, May 1 at 10 AM PT, with presale code via losangeles.rufusdusol.com. Tickets go on sale to the general public on Friday, May 3 at 10 AM PT. 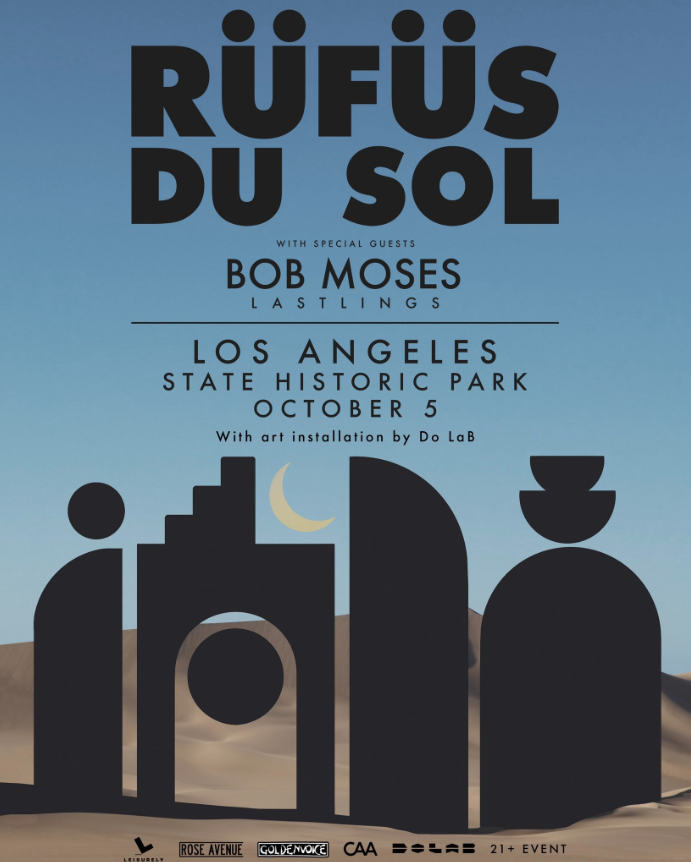